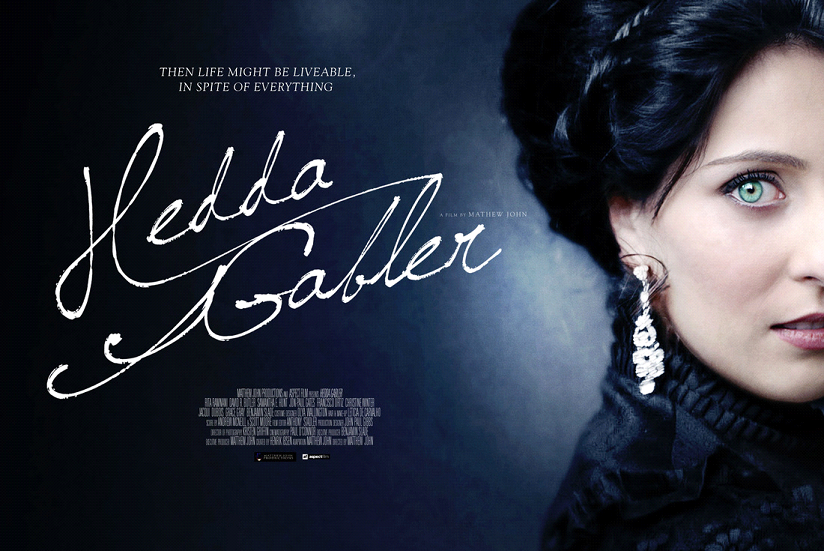 David, who played the iconic role of Jorge Tesman in Matthew John’s adaptation, will be present, along with other cast members, to celebrate the World Premiere of the film during the International Ibsen Festival, Sept 8-24, in partnership with the Henrik Ibsen Museum, National Theatre and the Oslo Grand Hotel.

Bristol, England – David Butler will be attending the International Ibsen Festival in Oslo in early September to celebrate the World Premiere of Matthew John’s lavish film adaptation of Hedda Gabler. The red carpet screening will be hosted by the city’s leading cinema, the Vika, in partnership with the Henrik Ibsen Museum, part of the Norske Folke Museum.
Costumes designed for the film will be on display in a special exhibition at the Museum which will be open to the public from the 9th September. The designer, director and leading members of the cast, including David, will give a press conference and be available for interviews. Both events are part of the 16 day International Ibsen Festival’s official programme.
It will be David’s third time speaking with international Press about the film and his role as Jorge Tesman, having already given interviews during filming in the south-west of England and at the film’s publicity preview and VIP events at the Cannes Film Festival, France. 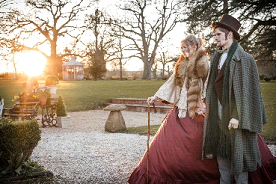 It is the first time the play has been adapted for cinema using a full suite of heritage locations, exterior scenes and horses and carriages as well as introducing to audiences for the first time, characters only ever referred to in the play. Such lavish treatment showcasing Ibsen’s masterpiece has been welcomed by the Palace and Ibsen societies for its positive effect celebrating Norwegian culture.
Hedda Gabler is perhaps the playwright’s best known play, named after its intriguing and complex female protagonist.
The film was previewed at the Cannes Film Festival and is being distributed worldwide by an association of Vision Films and Sony Entertainment.

George Tesman is an innocent, a completely naive boy entirely trapped in the old formalities of his time, he has been kept by his aunts and finds solace in knowledge, but never has the confidence to breakaway from his Victorian principles. Having the chance to play George at a much younger time in his life than what is generally portrayed, allowed for more growth to the character. George although unworldly is intelligent, and I didn’t want him to just come across as a buffoon, but as a boy finding his confidence and becoming a man.
I’ve always found history fascinating, and so period drama and classics are a great interest to me. The human psyche is a web of contradictions that doesn’t progress but revolves aroud language, situation and cultures change, but the human drives of love, sex, happiness and power are still as relevant today as they were hundreds of years ago. This is why great writing is timeless.
Ibsen, like Shakespeare, has these human drives at their core, so that regardless of the situation or time we can still understand and empathise with the complicated situation the characters find themselves in.
About the Henrik Ibsen Museum

Henrik Ibsen’s home in Arbins Gate 1, where he lived the last eleven years of his life, is the core of Ibsen Museum. The apartment has been historically restored to Ibsen’s era with the poet’s own furniture and fixtures, original colours and decor. The museum also shows the exhibition “Henrik Ibsen – on the contrary” which depicts the internationally renowned playwright’s life and work.
Ibsen Museum is part of the Norwegian Folk Museum located in Henrik Ibsen’s gate 26 in Oslo, across the street from the Royal Palace. It is expertly curated by Bergljot Geist.
http://norskfolkemuseum.no/no/Tilknyttede-Enheter/Ibsenmuseet/

About the International Ibsen Festival

The International Ibsen Festival opens the autumn season at The National Theatre of Norway every other year. The festival celebrates the Norwegian playwright Henrik Ibsen through Norwegian and international performances of high artistic quality. Most of the performances are held at Ibsen’s own theatre and the world’s foremost Ibsen laboratory – Oslo’s National Theatre.

This year’s Ibsen Festival has approximately 40 performances on the programme – each representing a unique approach to Ibsen’s works. You may, among other things, experience several interpretations of Hedda Gabler, a unique mashup of The Wild Duck and An Enemy of the People, an experimental Hungarian take onA Doll’s House, a post-apocalyptic tale of Europe based on Little Eyolf, Peer Gynt with a woman in the title role, and An Enemy of the People adapted to describe the current situation in Zimbawe.

Special Thanks to our Sponsors

June, 2017, Actress Gaia Passaler cast as “Natalia,” in the world premiere of Inversion, opening at the Hollywood Fringe Festival

Gaia Passaler, an actress divinely bestowed with brains to match her radiant physique is cast in the role of “Natalia,” the Russian beauty in the world premiere of Inversion at the Sacred Fools Theatre this June. Passaler, who hails from Milan, Italy, (where she was a practicing orthodontist) is no stranger to the American stage. […]

During New York Fashion Week celebrities, wellness enthusiasts, fitness lovers, and singles all gathered at Life Time Athletic at Sky in Manhattan for the launch of a global love movement and the Lodge Social Club. Celebrity Love Architect and Founder and CEO of The Lodge Social Club, Kailen Rosenberg, states “I am so incredibly excited […]

Christina Grimmie Passes Away After Being Shot Outside Her Concert, RIP! It is with a heavy heart that we can confirm that Christina has passed and went home to be with the Lord”, revealed Christina’s publicist. The young, gorgeous and extremely talented singer has left us at the mere age of 22. And, needless to […]