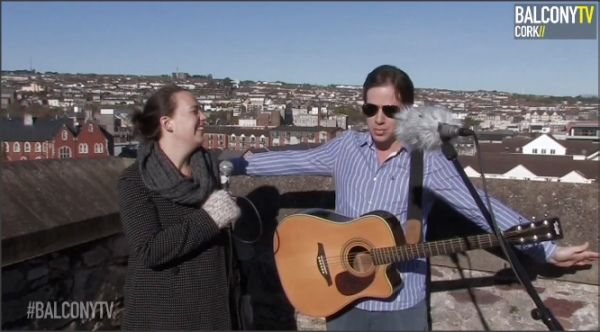 Oliver Laughton’ songs have been described as direct, catchy and appealing with hook-laden choruses that inhabit your head for days!

Check out this latest recording of one of his favorites that was recorded in New York on a vintage four track.

Here is his latest recording: ‘Save Tonight ‘

Famous for performing everywhere including an impromptu set at the park side stage at Glastonbury, to the infamous main stage of the ‘Viper Room’ on L.A’s Sunset Boulevard, Oliver Laughton has carved out a phenomenal reputation as a performer whose songs take the audience on an entire journey through his unique life experiences.

Oliver Laughton proves that one man and a six string guitar is all it takes to entertain the masses in today’s fast moving and digital times.

Ratinoff’s love of retro influences shines through his new set of songs. See the video for “I Need It” here: https://youtu.be/CIL-_7ETVyo “The inspiration for the song came from an experience I had when I kept crossing paths with a girl I went to middle school with and always had a crush on. I avoided making […]

Talented recording artist, songwriter, and rapper, SKG, announces the release of the visuals for the single “Blame on Me” off the “Unfinished Business” album SKG has dropped visuals for the new music video Blame on Me, a piece that has been likened to scenes from a horror film done by the legendary Stephen King or Jordan […]

THE AMAZING WORK AND MUSIC OF AMY TCHEUPDJIAN

How many of us actually find ourselves standing in the one place that we dreamed of being for most of our lives? This is not a test and there is no right answer so just take a moment and think about it. Perhaps if you are an actor or a director of a cinematographer you […]