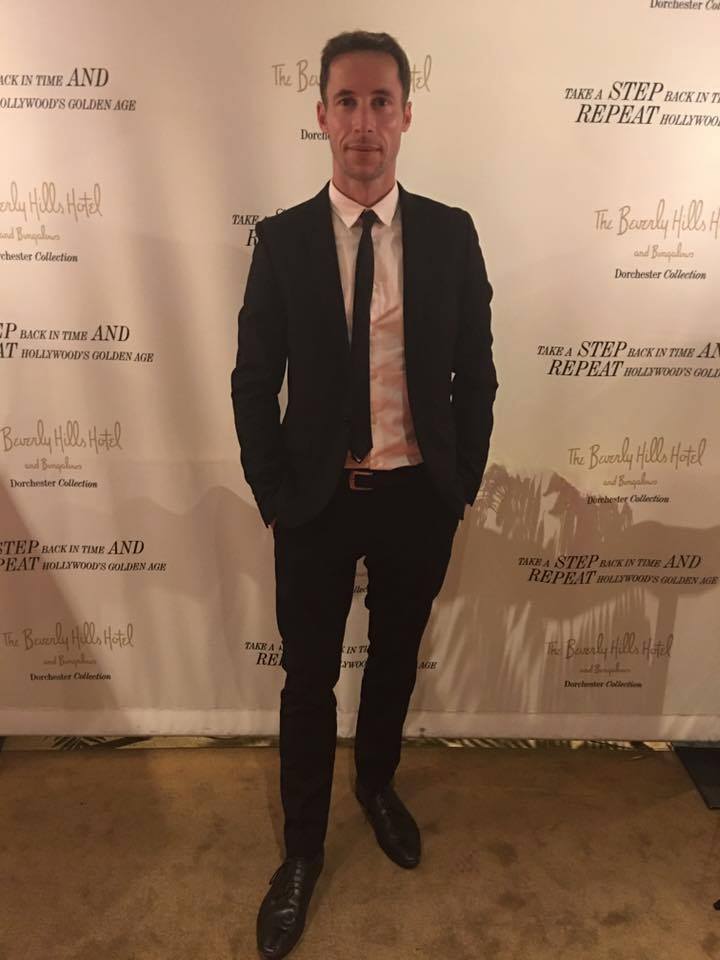 Timing is important, especially if you’re an actor. Of course, if you’re a gifted actor like Jonathon James, timing isn’t important – it’s everything. Timing is what makes an adequate actor into a good actor and it transforms a very good actor into a gifted actor in the eyes of an audience and in the eyes of other actors. Jonathon James is a gifted actor who not only has perfect timing, but is one of those very fortunate people who is seen for who he really is as soon as you meet him or see him on the stage or screen. Jonathon is a genuine human being who just happens to be an actor.

I was lucky enough to see him perform in several things and I was truly impressed by his sense of presence and his perfect timing. In Prisoner of second Avenue I witnessed his comedic skills, which rivaled Will Ferrell, Jim Carrey, Jonah Hill and Paul Rudd, to name a few of his peers. Of course, all of the above mentioned comedic actors have completely different styles and ranges, but, like Jonathon, they all have exquisite timing and presence. Jonathon also brings a genuine quality to his rolls that seems to be missing from other actors. There is another, almost untouchable dimension within Jonathon that seems to hover about him like an aura. That un-namable transcendent aspect of his inner nature is rather comforting as it lingers close to him when he is in his character. It lets the audience know that his character is a real person, so to speak, and that they are welcome to relate or identify with the individual he is portraying on stage.

Jonathon’s dramatic timing is also self-evident in his other talents, namely writing and directing. The Measure of Your Faith, a feature film that Jonathon wrote and directed, is a modern retelling of the Bible story the “Book of Job.” It’s about a pastor whose faith is challenged when certain events take place in his life. Jonathon brought all of his exceptional talents and inventiveness to bear in writing and directing this major motion picture. He hadn’t planned on writing and directing the film but when the original director dropped out after a few weeks of shooting, the production company invited Jonathon to take over the helm, which he was pleased to do.

Jonathon has only been in the United States from Australia since 2014 and in that brief period he has managed to get an agent and be cast in numerous stage and movie projects. He has worked with James Franco on several ventures, including, Don Quixote: The Ingenious Gentleman of La Mancha and a TV series based on the “Son of Sam” murders. Jonathon also starred in the stage play After the Revolution, which was directed by the Academy Award winner Milton Justice. In the last two years in Hollywood, Jonathon has been in ten short films, the lead rolls in several stage plays and has had strong parts in 4 feature films. Apparently, someone has very good timing.

We love the actor James Henri-Thomas!! Listen to what he said when an interviewer asked him who he would like to work with if he had the chance. He mentioned Michael J. Fox, who is a hero of his (and a lot of other people’s hero too), then he said he really liked Gary […]

Sonam turns 30 on Tuesday (June 9), Bollywood actor Sonam Kapoor says that she feels she has ended her twenties on a productive note. She had two releases ‘ Dolly Ki Doli ‘and Khoobsurat — and has also started working on two other projects a biopic on Neerja Bhanot, and Prem Ratan Dhan Payo with […]

Bollywood the world where women glamor shines with the beauty and there is huge endorsement offers that are available for the actresses. Bollywood actresses are as promising and lovable as are of Hollywood. Their talent and professionalism, in addition to the spell of their beauty, are some of the factors we love these female celebrities […]