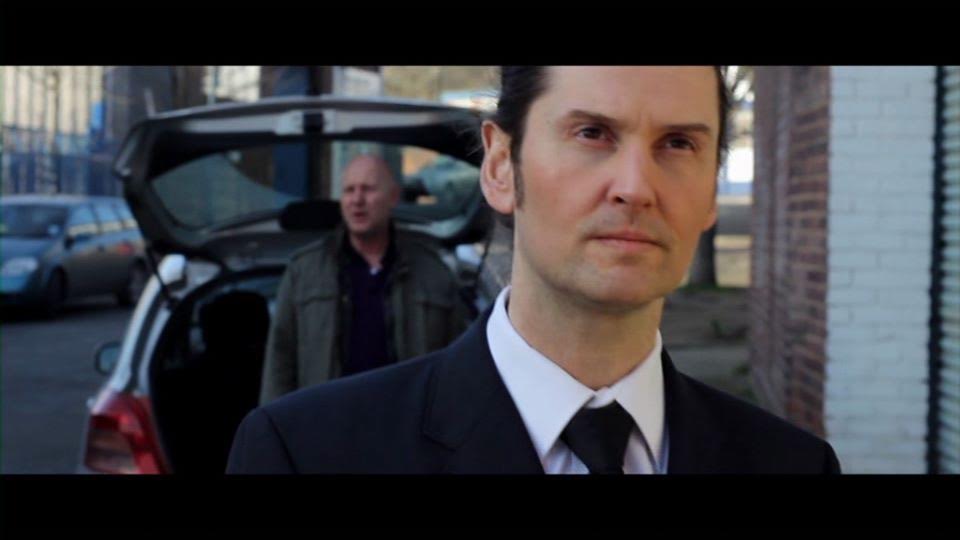 Who’s that interesting British guy from Sheffield who keeps popping up in movies? Yeah, he’s the dark haired one with the piercing brown eyes that look right through you. I saw him in a film the other day and his character told a really tough looking thug type to “bring him in” and I almost got up out of my own chair to go bring him in myself. That’s how convincing that actor was.

Oh, that’s David Castleford. He’s a great actor and he’s been in films, theatre and TV so much that he’s like a member of the family to a lot of us.

David Castleford is one of those actors who leave an impression on the audience. It’s generally a positive and long-lasting impression because of his style of acting, although it may just boil down to the incredible presence he manifests when he’s on the stage or the screen. This guy really has something that most other actors would give their…um…a lot of money to possess.

Whatever it is that David has, he always appears to be the character that he’s playing. That is, you believe that he will tear the other guy apart if doesn’t immediately go out and get the person David’s character has ordered him to get. It’s like De Niro or Pacino, or even a young Michael Caine. I would compare him to Caine’s abilities now but the age difference would be a distraction.

David Castleford is an actor who has had extensive training: the Bristol Old Vic and Actors Company. He can do just about any accent required for a part and if he must, he’ll gladly give you a brief demonstration of his martial arts skills, which include kickboxing and karate. Just stand back and don’t mumble anything nasty to him.

To say that David is an interesting actor would be a misnomer. He’s not an interesting actor – he’s a phenomenally incredible actor who’s interesting as hell. He can portray any character he chooses to play and he can become that ‘other’ person seemingly instantly. Perhaps it’s all that training he had a few years ago, or maybe it’s just that he enjoys what he does more than anything in the world. Whatever it is, we are very grateful that David Castleford is an actor and that we can watch him virtually any time of the day or night. He sure has left a positive impression on us.

Alfredo Trueba has had a busy year. He’s appeared on stage and screen too many times to name and he’s been announced to be starring in the upcoming series Dronez y Ladronez, which is set to start filming at the top of 2018. He’s also set to appear in The Vagrancy’s Romeo and Juliet, the […]