Hello Shower Me Blue, tell us about your recent time in the studio, how was the recording process?

Hello, hello hello! The studio was AWESOME! eTown Studios is located in downtown Boulder, CO about a block away from the Pearl St mall. The studio has a great vibe, and the acoustics are just fantastic! It turns our producer Stuart Sullivan and the engineer, James Tuttle are old friends. Lot’s of cool stories…

So – the first part – basic tracking is fairly complete. We still have some more work to do, extra music bits, vocals, mixing and mastering, but this was a perfect start. Can’t wait to get a few songs pushed out early next year for everyone to listen to!

Any New Year resolutions in the band?

Our drummer has resolved to get a new attitude – he didn’t say for who, but did mention they are on sale at Walmart (in a back corner next to the camo-colored G strings)

Please introduce each member of the band.

The SMB crew is a Global Gumbo of Music –

Gilles is a native of France who has called Boulder, CO home for almost 40 years. Gilles learned the blues guitar while living on the streets of Paris, where there has been a thriving American Blues scene for many years.

Dingo is a native of Southern California and a veteran heavy metal LA session drummer. Dingo brings a power and fresh sound to the blues and is the perfect compliment to the driving style that is Shower Me Blue.

Bill is a native Coloradoan who grew up in Chicago and has played bass professionally since 1972. Over the years, Bill has shared the stage with Cheap Trick, REO Speedwagon and Styx along with a host of local and regional bands from Chicago and Colorado. As a session player, he has recorded jazz, blues, country and bluegrass, but is more comfortable driving the bottom end for high-energy rock music.

You bet! We have plans for touring Arizona, New Mexico, Kansas, Nebraska and Wyoming in addition to lots of stops in Colorado in the first half of 2019!

What is the single most challenging part of being an independent band?

You really have to do just about everything – Promotion, Press and Booking. It leaves very little time to be creative, which is what performing music is all about. It seems like some days you end up spending a lot more hours chasing the business side than you do making music. 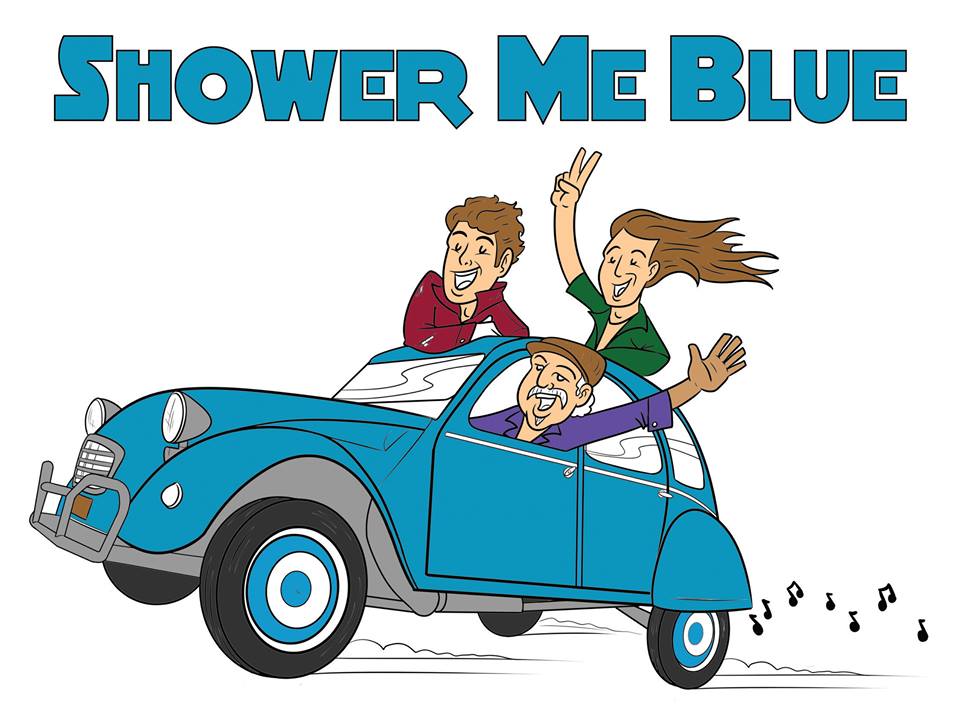 What is the greatest pat of being an independent band?

If you can manage to run the business empire you are creating and not go insane (Sane? Insane? We’d rather be unsane!), there is a certain freedom of not having to answer to someone else’s petty desires.

Life is always a compromise though. Freedom to be independent also means you are ultimately responsible for everything. There is no one to blame but us for everything! You gotta learn to own your decisions and live with their consequences.

How many new songs can your fans expect from the latest studio project and how do we get it?

We’ve been playing most of the songs at our shows for the past year. However, we wanted to make more than just a “3 piece goes into studio and play the same way we do live” album. We want to make the album different from our live shows – this way when you see us live you are getting treated to something special – something unique.

We plan on releasing a few songs as singles as a build-up to the releasing the full album. The songs and the album will be available from the usual suspects – Spotify, iTunes, SoundCloud, YouTube, Amazon etc. We are also going to release this on vinyl!!

A lifetime of dedicated faith, boundless enthusiasm and true passion for the art of music, have led Melvin Fromm Jr. into a sonic whirlwind of creativity, imagination and inspiration. From his hometown in Lancaster County, PA, he began to write, produce & record his own stunning & stylistic instrumental songs in mid 2015 and soon […]