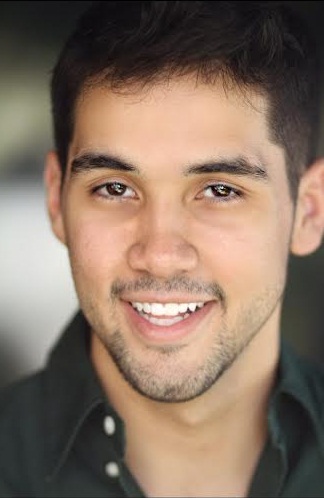 For someone who has been in the U.S. for only four years, Rodrigo Varandas has already built himself a solid career and made a big name for himself in musical theatre. He’s an established actor who has a reputation for being able to do just about anything in theatre, including acting, singing, dancing, working as an ensemble member or being a soloist. His super strong work ethic alone is enough to make him a legend in theatre circles. But when you ad the incredible talent of this vibrant Brazilian young man, you end up with a powerhouse of an entertainer.

Before coming to the U.S. from Brazil in 2012, Rodrigo had been an exchange student in San Diego, California and he also went through the intensive Musical theatre program at New York Film Academy. Rodrigo didn’t want to be a performer – he wanted to be the best performer he could be. After he moved here he was invited to attend The American Musical and Dramatic Academy where he immersed himself in musical theatre studies and acted in numerous musicals.

At AMDA, Rodrigo moved to the top of his class and participated in all types of productions including classical music groups, song and dance groups, concerts, Original plays and Cabaret shows. He was also picked as the Best Musical theatre Student at AMDA and then selected every semester after that as best musical theatre performer. Apparently, Rodrigo’s talent never goes unnoticed even in school.

After school Rodrigo hit the stage – hard and fast. He has been in so many plays and musicals that if we mentioned them all here in this space your head would spin. Suffice it to say that this multi-talented young man has a full career in musical theatre. He sings, dances, acts and simply entertains once he gets up on that stage. He did all of those things when he was cast as the Sound Engineer in Singin’ In The Rain and he did it all over again when he played the Cameraman in
The Musical: The Life Story of Janiva Magness. In that show he had the comedic role and he not only received a great deal of applause but tons of terrific and very positive reviews.

Her name is Hott Kitty Kat. she is an emerging Hip Hop artist, model and actress with over 2 million streams dominating the hip hop world. she has been nominated for three awards, two upcoming and one already won. She has a hit song that just dropped June 10th available now .Her Collaboration with Dino […]

All The Way From The Philippines –Nichole Ruiz

If you know anything about the history of Hollywood you know that thousands of people come there every year to try to break into the movie business. And you also know that only a very small percentage of those same people actually make it. That pattern has been going on since before 1920 and it […]

David Yousefi is a German, Award-winning Music Composer and Sound Designer for Films, TV, Trailers, Commercials, and Video Games. Born in 1995 in Germany Hamburg, he began playing the Piano and Guitar at the age of 10. David was inspired by his father to venture into music production. He attended the Berklee College of Music […]