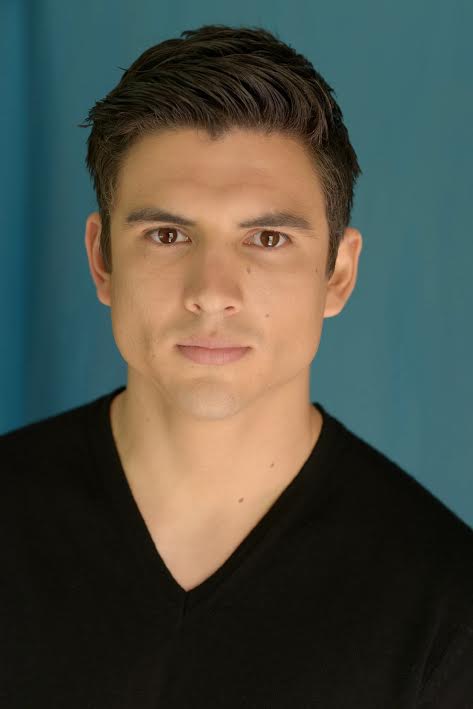 I was reading reviews of the play Our Lady of 121st Street produced at the Acme Theatre in California a while back and I was blown away by what the critics said about it. “Best Play of the Decade!” was one and the others pretty much fell in line with that observation and quoted the play’s opening line, which is too crude to repeat in this venue. They also singled out several of the actors including Gustavo Sanchez or Gus as he is called by almost everyone in the acting universe. The reason I read the reviews of that great play was because I was looking at Gustavo Sanchez’s resumé and I saw that he had played a key role in it at the Acme theatre in California. As I read more of his credits this actor started to become more and more interesting to me.

He also played Nick in Who’s Afraid of Virginia Wolf and Tom in The Note, Eddie in Fool For Love and too many other roles on the stage to even mention here. Gus has a pretty full CV, which includes tons of commercials, TV work and films. Some of the movies Gus was featured in are, No Choice At All, Those Three Words, Terrance, Clear Vision, Eclipse, The Note and A New roommate, among many more.

Gus is one of those lucky actors in the world – he is fluent in two languages, Spanish and English, which allows him to be employed almost all the time. And that’s just about what’s happening with this well established actor; when he’s not working on an English language show or movie he’s either across town or across the border working on a Spanish speaking show. Gus thrives on all the work because he loves acting so much.

He didn’t come all the way up to Los Angeles from Guadalajara, Mexico to not act – he came here for one reason only – to be a professional actor – and of course, it’s obvious that he has reached his goal. When he arrived he enrolled in the New York Film Academy and got a Master’s degree in acting. From then on he has not stopped working. If they make a movie of Our Lady of 121st Street I hope Gus is cast in it. But, it really doesn’t matter, because he’s in so many productions that we’ll get to see him just about anytime we want.

For most people playing a musical instrument can be a challenge. Especially in this era where you do not need to know how to play a musical instrument to produce a song- people mainly rely on computer-generated beats and rhythms to create a song. Neil Nayyar has taken a different route, at a very young […]

Opening its doors this summer for the first time will be a million dollar table tennis and racquetball academy located in Harlem, NY. The US Table Tennis Association (USTTA) has recently announced the hiring of the Trenton, N.J. native and former (U-21) Top-50 ranked player in the USA, Mr. Marques L. Morrison From 1993-1996, Morrison […]

Kainawa Delivers Package to the World

For years the slang “Package” or “Packaging” was mainly used in West African circles, but now that trendy adjective has gone global thanks to United Kingdom based Sierra Leonean artiste Kainawa, and his debut catchy tune aptly titled “Package.” The term, which is used in a similar context as popular buzz words “Fleek” and “Turn […]