For most average normal 23 year olds its all about partying and sleep! But not for Rueben Wood. He has established himself as the owner of Spaced Out Magazine and the SOM Media Network, based in the heart of Atlanta, Ga. Wood made his career change from being once known as a Hip Hop and R&B act by the name of Yung Bank. Still producing for corporate company infomercials,and film scores, this brainy young man has a lot to offer anyone interested in reading more on him. 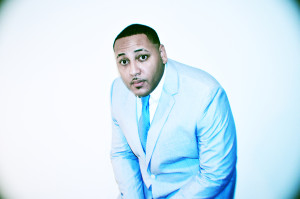 Rueben Wood started as a small town Georgian with a dream, hailing from the Coastal Empire of Brunswick, Ga. He has become media partners with several of today’s top media companies and brands, with good reason since his site has received over 8.6 million hits since its launch in 2012. Being only 23 he has completed so much and continues to go above and beyond. Already well known in the industry as a media icon and celeb journalist, he adds even more to his resume with being a celeb chef and having a show “Small Kitchen Big Taste” coming later 2015.

Spaced Out Magazine’s newest issue features Atlanta based R&B group Final Draft! Wood expects this issue to be one of the best selling since it’s start, since he mentions, people are finally starting to pick up and receive the magazine now.

Spaced Out Magazine will be moving into it’s full distribution of issues to retail stores, online bookstore sites, and various other physical locations in 2015. The magazine marks its four year anniversary party for June 2015, and recently has launched a indie magazine, and pop culture site to add to its media network.

A couple of years ago, Facebook was the most popular social media website out there. However, in recent years, with the increase in the use of smartphones and apps, this trend has shifted slightly. People still use the Facebook application a lot. However, it is no longer the kingpin of social media apps anymore. No, […]

Big Enemy Within: Fear of Success

Is there such thing as a risk-free life? A simple and short answer would be no. Life is about risk. If you focus on playing it safe then you are never going to have much in life. Read More : https://danyellesm.medium.com/the-enemy-within-fear-of-success-9ace143f6c07

5 Causes of Neck Pain that You Should Know

Neck pain is a common health issue that people of any age may face at any time. Sometimes it may not be a serious problem and can be healed easily. But it may affect your mood and can be disturbing for day to day activities. That’s why knowing the causes is very necessary so that […]