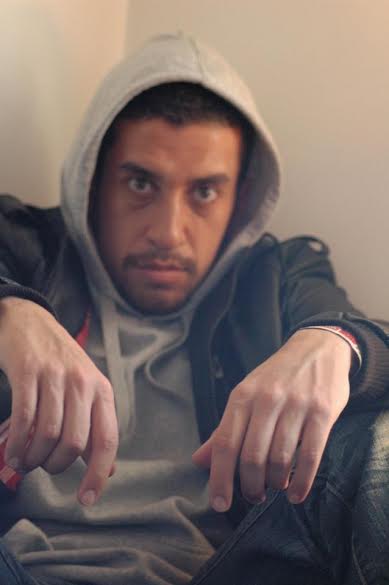 Aidan Creegan is a nice guy. He’s also a fine actor. He’s from Holland and he has an Irish and Indonesian background. I’ve seen him in several roles and each time I’m surprised by his intensity and focus. I wish I had that kind of concentration. Maybe it’s all the training he went through in acting schools in Holland and the UK? Or maybe it’s just Aidan being Aidan. Perhaps we’ll never know for sure, but one thing is certain. Aiden Creegan is a fine actor.

Aidan’s resumé is full. That is, it has so many plays and movies that he’s been involved in that he has run out of room and can’t add any more to it. I suppose in his industry that’s not such a bad thing. Film after film after film, and character after character, etc. I’m looking at it right now, as I right this piece and I am impressed with all the things he has accomplished in his life. I should be so lucky.

Now I’m looking toward the bottom of the first page and I see that he knows how to sword fight and surf and fight in the Krav Maga style. Hey, I hope I don’t say the wrong thing here or I’ll be looking for anew country to live in. Oh yes, look at this, Aidan is a comedy writer as well as an experienced presenter and there it is again, he knows stage combat techniques. Okay, let me take a deep breath and start a new paragraph.

Aidan also can do an Irish accent and a Standard American English accent. Okay, this guy obviously has a great deal of talent and experience and that explains why he’s been in so many films. By the way, a few of his films are, A Dark Light to Follow, Paranoia, (A little of what I’m feeling right now), Brick city and Desktop Dungeon. These are just a few of the many movies Aidan has acted in. He’s working on several projects right now and we hope to see them in 2016 when they’re released.

Aidan has big plans and I’m not sure I am supposed to say anything but here it goes. I have heard that he is developing a story with a Dutch writer that is about the Indonesian side of his family and how they struggled to get across Europe. That sounds like a very sincere project and one that I would love to see. Can’t wait to see it, Aidan.

Britney Spears went down hard during her Las Vegas show falling so hard mid-song . it was up in the air whether she”d stay down or go on with the show.She did both staying down, and dancing from her backside. Brit Brit rolled her left ankle pretty good, but managed to keep going.She stayed seated on the […]

We love the actor James Henri-Thomas!! Listen to what he said when an interviewer asked him who he would like to work with if he had the chance. He mentioned Michael J. Fox, who is a hero of his (and a lot of other people’s hero too), then he said he really liked Gary […]

Bollywood actor Shahrukh Khan underwent a knee surgery, Thursday, at Breach Candy hospital.The actor is expected to get discharged by Friday and has been asked to rest for four days before commencing his shooting schedule.Arthroscopy and joint replacement surgeon Dr Sanjay Desai conducted the surgery at the city-based hospital.In a statement, he said, Mr Khan […]