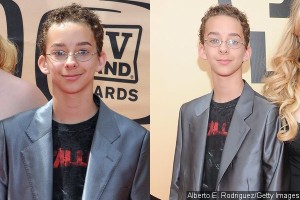 Sawyer took his own life by shooting himself on the front porch of his family home in Texas on Thursday morning, according to multiple US reports.Sawyer Sweeten, who played Geoffrey Barone, started acting in the popular show at just 16 months old and continued until it ended its nine-year run in 2005.He was just 16 months old when he started, and quit acting altogether when the show wrapped.His last public appearance was at the TV Land Awards in 2010.On Thursday afternoon Madylin wrote on Facebook: “At this time I would like to encourage everyone to reach out to the ones you love. Let them have no doubt of what they mean to you.”His family confirmed the news in a statement, calling it a “terrible family tragedy.His older sister Madylin, who also appeared on the show, confirmed the sad news

Gangaajal 2′ features Priyanka Chopra as a police officer. The actress has gone completely de glam for the role, Priyanka will be a playing an IPS officer named Abha Mathur.Priyanka’s first look from the movie is out and we must say that the lady has impressed us like she always does. Priyanka dressed in khakhi […]

Bin Roye is an upcoming amazing film made by Momina Duraid and HUM TV productions. Its official sound track is out and the song Tere bin jeena is an amazing song. Apart from the melodious voice of Rahat Fateh Ali Khan, the decent dance steps, the colourful set and the amazing concept are all plus […]

Antonio Marziale is an extremely talented young actor.  He has loved acting since the young age of twelve and he has been honing his skills ever since.  He works very hard in all of his productions and enjoys working with other actors.  Antonio has an easy going nature and he really enjoys joking around on […]