Aamir Khan apparently wasn’t that much impressed with the 21,000 girls who auditioned for his upcoming movie titled Dangal. Mr.Perfectionist will play a wrestler in the film and a father of four daughters. According to information gathered so far, none of the girls will hail from the Indian film industry.The crew of Dangal has been busy traveling to different parts of the city in search of the right girls. So far, the crew has covered the states of Uttar Pradesh, Hariyana, Rajasthan and Madhya Pradesh but no selection has been made so far. A total of 21,000 auditions and yet none have impressed the Pk actor so far. The director as well as producer of the film are also as serious and picky for the role as much as Aamir is. Aamir is very serious for the project and has put on a staggering 22 kilograms to go from 68 kilograms to 90 kilograms. 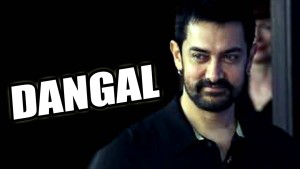 STAR OF THE MOVIE ‘THE DARE’ ACTOR HARRY JARVIS

Some people just have that movie star look, don’t they? Of course, most of the people that you think might look like they could or should be movie stars are just plain, simple folks who work in mundane jobs and are not really out of the ordinary. And they can’t act either. Once in a […]

An aspiring actor once asked Charlie Spencer Clark for advice and he told her to not become like everyone else by entering that huge pool of sameness. That was a sage bit of advice from an actor who has had extensive and intensive training at Stella Adler Academy of acting in Los Angeles and who […]

Antonio Marziale is an extremely talented young actor.  He has loved acting since the young age of twelve and he has been honing his skills ever since.  He works very hard in all of his productions and enjoys working with other actors.  Antonio has an easy going nature and he really enjoys joking around on […]