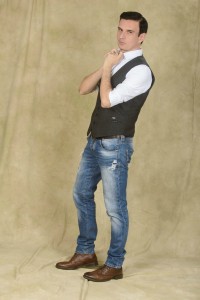 THE DYNAMIC WORK OF STAGE AND SCREEN ACTRESS ROMANE PORTAIL

Just saw the trailer for Urban Jungle and it looks terrific! Apparently, all the animals in the world go crazy for some reason and begin attacking and killing humans. I can’t see any anything wrong in that premise because, hey, animals have gotten the short end of everything ever since the Neanderthals decided to serve […]

Interview with a talented and inspiring actress Isobel Hyland

Celebs Fan : How did you get involved in Acting? Passion or inspiration? Isobel Hyland : I have always been a pretty dramatic child and so my mum put me into dance lessons at age 3 as I was always moving. I fell in love with how expressive dance is and how you can tell […]

Bollywood celebrities with their kids

Recently celebs have been spotted with their kids, as they no longer are camera shy.here are the pictures of celebrities with their kids. Ajay Devgan and Kajol’s daughter Nyssa Nysa Devgn is a cute little daughter of star couple Kajol and Ajay Devgn. The adorable girl Nysa was born on 20 April, 2003. Ajay named […]