In the last few days, the industry has been abuzz with news of Ranbir Kapoor and Katrina Kaif’s wedding in 2016.immediately the news spread like wild fire and everybody started to talk about the infamous ranbir katrina wedding But seems like the news was just a rumor. In fact Ranbir Kapoor never really announced his wedding. He was just misquoted.Ranbir revealed to a leading website that he never confirmed his 2016 wedding to Katrina Kaif and clears all the misunderstandings about his wedding rumours. 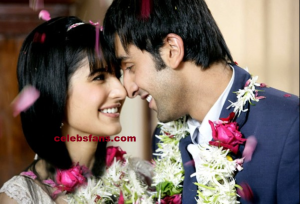 Get ready. FawadKhan is coming again on Zindagi to rule hearts with his drama Ashk.

Tom Hardy Took His Dog To The “Legend” Premiere

Mostly Stars are known to bring their loved ones to movie premieres but when Hollywood actor Tom Hardy brought along his dog Woody to the Legend premiere, everyone was pleasantly surprised.Hand-in-hand with his pregnant wife, Tom Hardy was also accompanied by Woody on the red carpet, and needless to say the canine stole the show.

Today, Aug. 31, marks the 18th anniversary of Princess lady diana’s death. Loved by many, she was known as the ‘People’s Princess,’ and just because she is gone she is certainly not forgotten.Diana shocked a lot of people when she famously became the first member of the Royal Family to have contact with AIDS victims. […]