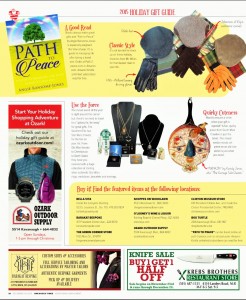 The author, Angie Ransome-Jones, of ”Path to Peace A Guide to Managing Life After Losing a loved One” has also helped developed the organization Magnifying Our Mothers, also known as M.O.M.  “In addition to raising money for local and nationwide charities, M.O.M. offers emotional support through grief counseling, as well as financial resources to others who have experienced the death of loved one(s).  In addition, the organization offers scholarship opportunities and mentoring for the children of those that have perished, who the organization refer to as Legacy Keeper Kids.”   Angie said it is through M.O.M she found her voice in being able to honor her mother’s legacy and fulfill her God-given purpose while here on earth.

Angie wrote the book “Path to Peace” in memory of her father Albert D. Ransome who was a veteran.  Angie was featured in Heart and Soul Magazine, Aug/Sept 2015 internet version and on the Don S McClure Radio Show on Oct 23, 2015.  Her book release event was in Dallas Southern Magazine Oct 2015 issue.  Also, Angie’s ad was in Conway, Arkansas Log Cabin Democrat on November 22, 2015.  Furthermore, the book was given a “Good Read” by the Arkansas Times and is now in the Central AR Library System.

Fortunately, Angie has done and has book signings and talks in different states last year and this year. Go to her Author Angie Jones fb page and you will see she has and will be a feature author at different states book signings this year. She has 8 reviews on her book and 4 on her eBook in which she also needs more reviews.  The book is good.  She just got to get more people to read it.

Star of the play ‘Our Lady of 121st Street’- Gus Sanchez

I was reading reviews of the play Our Lady of 121st Street produced at the Acme Theatre in California a while back and I was blown away by what the critics said about it. “Best Play of the Decade!” was one and the others pretty much fell in line with that observation and quoted the […]

Kainawa Delivers Package to the World

For years the slang “Package” or “Packaging” was mainly used in West African circles, but now that trendy adjective has gone global thanks to United Kingdom based Sierra Leonean artiste Kainawa, and his debut catchy tune aptly titled “Package.” The term, which is used in a similar context as popular buzz words “Fleek” and “Turn […]

Chaplin “Behind the Character”

THE MAN WHO CAN MAKE YOU CRY & SMILE: INTERVIEW WITH ASIER KINTANA Asier Kintana just finished, with great success, his one man show in NYC, Chaplin “Behind the Character”, directed by Susan Batson. First of all congratulations on your show and the great success you had. Let’s start with simply how you got involved […]