Skip to content
The Bombay High Court’s judgment has come as a gift to all fans of Salman Khan as the actor now will not be taken to jail. The Bollywood superstar will be a free bird for some time.The Bombay High Court suspended the five year sentence of the Mumbai Session Court given to Salman Khan in 2002 hit-and-run case. Salman Khan has been granted regular bail and he won’t go in jail for now. The High Court will now hear the case with fresh arguments. The defence lawyer of Salman Khan, Amit Desai brought up the issue of Kamaal Khan who was not examined in the case. Desai also said that the key witness deceased Ravindra Patil’s statement was artificial and he was brought to say certain things only. 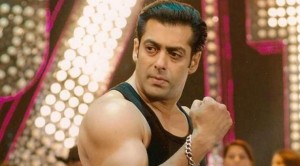 Check the Reaction of Samaa TV Anchors During Earthquake

Check the Reaction of Samaa TV Anchors During Earthquake

On Mother’s Day (May 10, 2015), the singer responded to a fan who shared her heartbreak over her mother’s death. The fan, a young girl named Kaileen, sent the 25-year-old a message on Tumblr to ask for a hug and some comfort. Dear Taylor, It’s me, iced coffee girl, and I could really use a hug. Today is […]

A famous Australian interviewer once asked Elliot James about his training and he simply told her that he had the traditional British, theatre-based craft training. Of course, we all know what that is code for, don’t we. It means that he has had some of the absolute best training in the world. From breathing, speech, […]